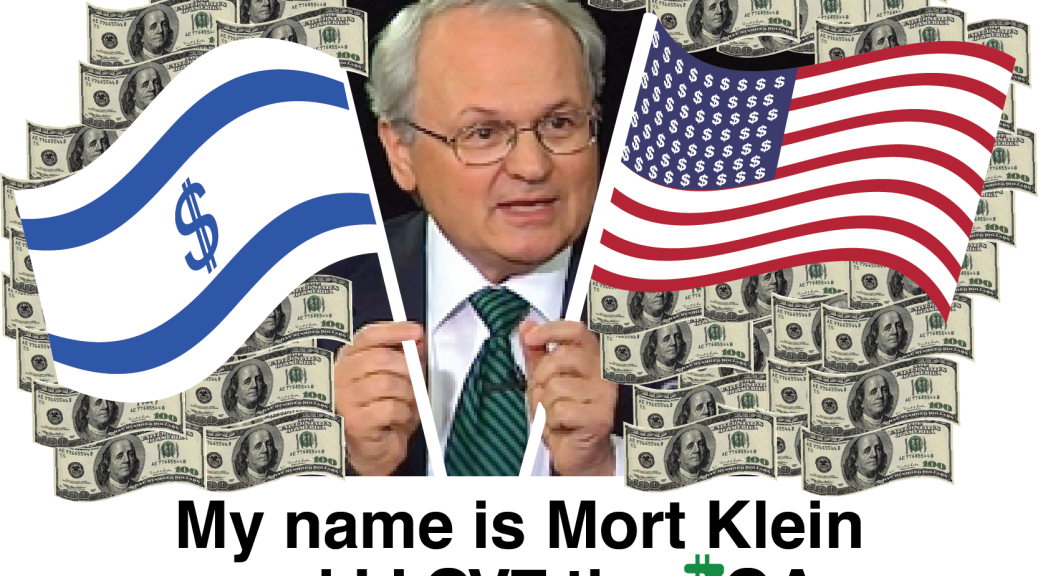 It is painfully apparent that Mort Klein is continuing to lie about all the money he made at the ZOA.  He attempted to justify his extraordinary compensation during the last 6 years, including $1,245,681 in 2008 alone, by stating that he worked full-time for the first 6 years at the ZOA for free, and that his average salary over his 20 year tenure at the ZOA was “only” $200,000.

When the actual figures for 2001-2013 were revealed, however, it became clear that Mort Klein earned at least $5.4 million during those years.  That meant that, even if he had earned absolutely nothing from January 1, 1994 through December 31, 2000, Mort Klein’s salary averaged $270,000 per year.  The actual numbers proved that Mort Klein was lying.

There is now additional information that makes Mort Klein’s lies even worse.  Specifically, a former highly placed employee at the ZOA has disclosed the following:

1. Mort Klein was first elected in or about December of 1993 and began his presidency in 2004.

2.  Contrary to his representation, he did not work full-time during the first 4 years; he worked only part-time.

3.  In December of 1997 Mort Klein began to pay himself a salary of $40,000, even though that was against the ZOA constitution at the time, which did not allow the president to get a salary.

4.  In December of 1998, one year later, Mort Klein arranged to have the ZOA constitution amended so that he could receive a salary. For the preceding 12 months he was taking a salary illegally.

7. Adding all this up, Mort Klein received $264,000 in salary during years he said he worked for free. Further, during the first 4 of those years, he worked only-part time.  Even worse, he took $40,000 in violation of the ZOA constitution.

8. Consequently, Mort Klein’s justification for taking $5.4 million in salary from 2001 through 2013 is yet another falsehood.  Add to this that the ZOA failed to file its tax returns for 3 consecutive years starting 2008 ( the year Mort Klein made more than $1.2 million), that the ZOA lost its 501c3 status as a result, and that Mort Klein then concealed this information from the public, including the ZOA’s donors.

These are facts and actual numbers.  They do not lie.  Only one person is lying.  He should not be reelected President of the ZOA.