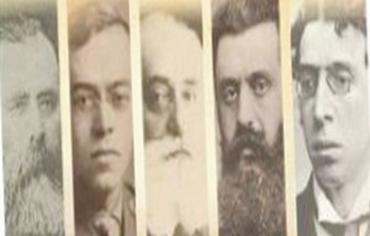 I am a candidate for president of the Zionist Organization because the ZOA must be strong, effective, and professionally and ethically run in its critical fight for Israel and the Jewish people. The current President, Morton Klein, has been in power for over 20 years.

Unfortunately, in recent years, the ZOA has withered in size, resources, influence and credibility.

I can provide it.

Aside from my Zionist passion and dedication, I have the qualifications.

I majored in mathematics at Harvard and earned my JD from New York University.

A lawyer for more than 35 years, I am a partner at a prominent American law firm, specializing in business litigation. I am a tournament chess player, with an appreciation for strategy and tactics which can be used in defending Israel.

My passion is Jewish activism.

I began as a pro bono lawyer for the Jewish Defense League in Los Angeles over 25 years ago – controversial for some, but I’m proud of it.

I have been active with the ZOA since I joined the Los Angeles Board in 2006. I was appointed to the National Board in 2008 and national vice chairman in 2010, a position I hold until today. I am the US representative on the Executive Board of the World Likud, a member of the Extended Executive of the World Zionist Organization, vice president of Children of Jewish Holocaust Survivors, and a member of the International Board of Governors of Ariel University. I have published and lectured across the US and in Israel on foreign policy.

I believe the ZOA must take the lead in opposing the twostate “solution,” based on Israel’s biblical, legal and historical rights to the Land of Israel.

The ZOA should unapologetically say “Never!” History teaches this is a zero-sum game; creating another Palestinian state would be morally wrong and strategically suicidal. There’s room for just one state between the Jordan River and Mediterranean Sea: a Jewish state or an Arab state – not both. The ZOA should educate people that there is already a Palestinian state – Jordan. The ZOA must take the lead in developing, articulating and advocating the only real, humanitarian alternative to the two-state model: one Jewish state, Israel.

To take such a leadership role, however, the ZOA must become healthy and return to ethical, effective governance and management.

The ZOA has declined in part because it has morphed into an organization serving the personal, financial and political whims of its current president.

Of those, fewer than 1,100 have email addresses, only about 800 of which still work.

Such a small, under-financed organization cannot be effective.

Management has been grossly incompetent at best, unethical at worst. The ZOA failed to file legally required Form 990s with the Internal Revenue Service for three consecutive years.

As a result, it lost its status as a 501c3 tax exempt organization effective May 2011; it was restored two years later. That the ZOA did not file those forms for three consecutive years is inexcusable.

Even worse, to avoid embarrassment and accountability, Mort Klein refused to voluntarily disclose the loss of status to the public. I was the only National Board member to insist on public disclosure; I was ostracized by most Board members because of this insistence, which they perceived as disloyalty to Klein.

When the forms were finally filed, they revealed that Klein’s compensation was staggering.

If I have the privilege of assuming this role, I would restore competence and transparency to the ZOA . I would hire professional fund-raisers to broaden the base beyond a handful of traditional donors. I would use money saved on the president’s salary to expand operations, hire and keep the best, and fight for Israel – effectively, creatively, boldly. I would create a 501c4 tax-exempt organization and a political action committee so the ZOA can have political influence matching that of AIPAC and J Street. Israel needs a vibrant ZOA , and the ZOA needs change to survive. I am confident I am the man who will lead and prepare the ZOA for the current challenges – and a better future for Israel and the Jewish people.