Steve Goldberg pledges to implement the following 7 point action plan if he is elected President of the ZOA.

1.  To be effective, the ZOA must get involved in American politics. Right now we are nowhere on the scene, especially compared to AIPAC and J Street.  To have any impact, we must aggressively lobby Congress and help elect pro-Israel candidates and defeat anti-Israel candidates.  To do so, the ZOA must be more than a 501c3 “educational” organization.  It must create a 501c4 for the purpose of lobbying, and a PAC to help support the candidates who are most pro-Israel.  I pledge to create such entities so that the ZOA can become relevant and actually affect policy towards Israel in the United States.

2.  The ZOA needs to do more than just issue press releases.  I pledge to create an army of pro-Israel activists across the country who will speak out, march, demonstrate,  and write in support of our platform.  We will greatly expand what is now just a token college program to attract young people.  We will appear at college campuses where the Muslim Students Union is bashing Israel to demonstrate that Jewish students will not be intimidated.  We will hold rallies in cities across the U.S. in support of Israel.

3.  The ZOA must initiate a massive public relations campaign across the U.S. to discredit the Palestinian narrative and to explain why the so-called “two state solution” is an abysmal failure which must be declared dead and buried–permanently.  There should be a strategic campaign that includes billboards, use of the internet and social media, television, editorials and public speakers who unapologetically make this argument.

4.  Likewise, the ZOA must engage in a massive public relations campaign in anticipation of a preemptive military attack by Israel on Iran.  Waiting until it happens will be too late.  It is time to take the lead in shaping public opinion now.

5.  The ZOA must strengthen its presence in Israel.  Jeff Daube, director of ZOA’s Israel office, has done outstanding work in Israel.  He works tirelessly, logging countless hours.  Jeff  has established  excellent relations with pro-Israel Knesset members and leaders of important Zionist organizations.  He has done more than can be expected of any one person to achieve the goals that I want to accomplish in Israel.  Unfortunately, Jeff is just one person.  He does not even have an office, but works out of his home.  He needs to have much greater support, both in terms of other ZOA employees and affiliates to work with him, and in terms of financial resources that would be allocated to the projects he has initiated.  I  pledge to establish an actual office in Israel, to recruit and hire additional personnel for the Israel office under Jeff’s direction, and to provide a budget so that Jeff has the resources to create an extensive public relations campaign to promote the ZOA’s agenda.  We should strengthen our partnerships with strong Zionist political leaders and with strong Zionist organizations, institutions and opinion-makers in Israel such as Women In Green, Im Tirtzu, Regavim, Ariel University, the Shomron Regional Council, the cities of Hebron, Ariel, Kedumim, Gush Etzion and other such areas in Judea and Samaria, Martin Sherman and Caroline Glick.

6. ZOA can no longer be the lone voice of truth. ZOA should engage in creative, attractive outreach to professionals, especially young professionals, and ordinary American citizens of all kinds so that they understand the values at stake and are proud to align themselves with the Zionist cause. We must also actively work with centrist organizations and political leaders so that they have the courage to stand up for the values they often suppress due to political correctness.

7.  The ZOA is a Zionist organization.  We must vigorously encourage Jews around the world, including and especially our leaders and members, to make aliyah. 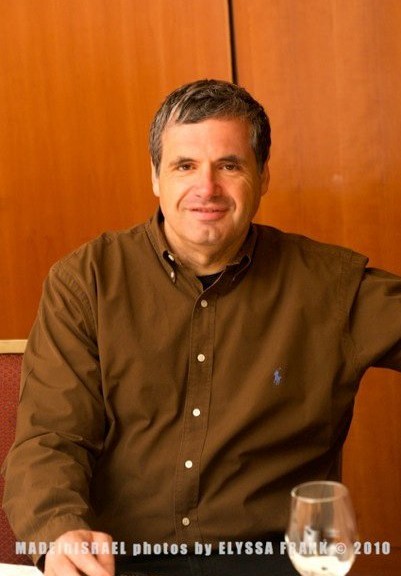 Goldberg, who was nominated in 2010 to his current position as vice chair of the ZOA’s national board by Klein at the organization’s last convention, announced his candidacy in a YouTube video released on Jan. 21.

“I care about Israel and the Jewish people, and I believe the ZOA is a vitally important organization that really occupies a unique space in Jewish activism and the pro-Israel community,” Goldberg told the Journal in a recent interview. “But unless changes are made, the ZOA, which has existed since 1897, is not going to last much longer.”

The ZOA is a vital and unique organization. Mort Klein has been the president for approximately 20 years,a very long time for one man to be in charge of such an important organization. Unfortunately, under his leadership, the ZOA has been shrinking over the past few years and is in danger of becoming irrelevant or of disappearing altogether. The ZOA has become sclerotic and desperately needs new blood.

For the first time in two decades, someone is challenging Mort Klein’s reign. ZOA National Chairman Steve Goldberg is running for ZOA President at the ZOA National Convention in Philadelphia on March 9-10, 2014.

Who is Steve Goldberg? His a prominent Los Angeles based attorney who has been active in Jewish causes for decades. He believes:

– in a strong and independent Israel that does not take orders from the international community, even the United States.

-Judea and Samaria belong to the Jewish people and should be officially annexed, just like all of Jerusalem and the Golan Heights were annexed after the Six Day War.

-the Oslo Accords were a tragic mistake, as were the abandonment of southern Lebanon in the year 2000 and the forced expulsion of Jews from Gush Katif in 2005.

-the so-called two state solution was doomed to fail from the outset and should be declared dead and then buried–permanently.

-Eretz Yisrael belongs to the Jewish nation, and Israel’s claim to the land is rock solid. It is based on the bible, history and international law, including the Balfour Declaration, San Remo Conference, the Mandate for Palestine adopted by the League of Nations, and Chapter 80 of the U.N. Charter.

-To those who want to create a Palestinian state, I say one already exists. It’s called Jordan. But Israel should not be called upon to create another one by carving up its own homeland. That would be morally wrong and strategically stupid.

There should be no Palestinian state carved from Eretz Yisrael ever, as a matter of right and as a matter of survival. The ZOa must show leadership on this issue. The Israelis are worried that the Americans insist on the mirage of a two state solution. If we can help educate American Jews, Christian friends of Israel and American political leaders that there can never be a two state solution, the Israelis will see they have international support. It won’t be easy. It will take a sustained effort, and we will be attacked. But we have right, history and logic on our side, and it is important to stand up for the Jewish state without apology and without fear. It’s a start.

Of course Iran is also a grave threat. The Obama Administration is more concerned about stopping an Israeli military attack on Iran than on preventing Iran from getting nuclear weapons. Diplomacy won’t work, and sanctions, while justified and even necessary, won’t be enough. Only military action will stop Iran from going nuclear. We know the United States will not do anything, even though Iran is a threat to the U.S. and indeed the entire Western world. So Israel will need to take preemptive military action to defend its people. The ZOA should begin efforts now to shore up support for Israel in the U.S. Congress and among the American people when this happens. We cannot wait until it is too late, just as Israel can’t wait.

To take these positions and be effective the ZOA needs to be strong and healthy. Right now it’s not. Watch Steve’s videos in which he explains what has gone wrong with the ZOA, why, and what he proposes to do to rejuvenate this very important organization.