A private bus source is providing FREE bus service from Great Neck, NY and Manhattan to the National Convention site in Philadelphia. The buses will return on Sunday evening after the scheduled dinner at the Convention.

Please note that your clocks should be changed 1 hour ahead to Eastern Daylight Savings time at 2:00 Sunday morning.

It has come to my attention that portions of my 7 Point Plan might be interpreted to be criticism of ZOA employees.   That was not my intention, and I would like to clarify and apologize if I created that impression.

The employees of the ZOA are talented, dedicated and hard-working. They are valuable to the ZOA and in the defense of Israel. I believe these employees do not receive enough recognition, or,  in certain cases, sufficient compensation.  Because of the unpleasant and unfair treatment the employees receive at the hands of Mort Klein, there has been far too much turnover.  I detail this problem and what I propose to do about it in my video about mistreatment of ZOA employees.

By way of prominent example, Jeff Daube, director of ZOA’s Israel office, has done outstanding work in Israel.  He works tirelessly, logging countless hours.  Jeff  has established  excellent relations with pro-Israel Knesset members and leaders of important Zionist organizations.  He has done more than can be expected of any one person to achieve the goals that I want to accomplish in Israel.  Unfortunately, Jeff is just one person.  He does not even have an office, but works out of his home.  He needs to have much greater support, both in terms of other ZOA employees and affiliates to work with him, and in terms of financial resources that would be allocated to the projects he has initiated.  If I have the privilege of becoming the ZOA President, I  pledge to establish an actual office in Israel so that Jeff does not have to work out of his home, to recruit and hire additional personnel for the Israel office under Jeff’s direction, and to provide a budget so that Jeff has the resources to create an extensive public relations campaign to promote the ZOA’s agenda.  That is how the ZOA can become exponentially more effective in Israel.  The money is available for this plan if the enormous salary otherwise paid to Mort Klein is freed up.

The reason the ZOA is a miniscule, tiny and ineffective organization has nothing to do with the quality of its employees.  They are first-rate. The responsibility lies at the feet of Mort Klein.  My 7 Point Plan sets forth some of the important plans I will implement if given the opportunity. 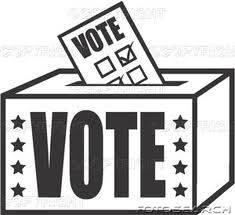 Many of you have asked how you can vote for ZOA President.

Unfortunately, National Chairman Michael Goldblatt and National Executive Director David Drimer have misinterpreted the Constitution and sent out a decree that voters must be physically present at the ZOA National Convention in Philadelphia from Sunday, March 9 – Monday, March 10, an inconvenient time and location for people who do not live in the immediate area.

For the ZOA not to allow voting by means of tele-conferencing skews the election in clear favor of current President Mort Klein since his loyal friends live in Philadelphia, his hometown. Those who made the decision have argued that Philadelphia is less expensive than Manhattan, but if affordability and fairness were the issue, they would have chosen a locale equidistant from the East and West Coast.

The ZOA leadership has argued that the Constitution requires voters to be present. This is false, since the ZOA board meets most often by conference call. ZOA members should be able to “register” and be “present” on-line or by proxy. The board members are “present” and vote by phone. The same rule should apply to voting at the Convention.

The ZOA leadership has also cited that having voters present ensures fairness and prevents impropriety, yet it is unfair and improper for an organization that wants to be considered a national one to limit participation in its Convention only to those who are able to fly to Philadelphia on a Sunday and Monday. For many members, this means missing work.

Assuming this decision does not change, Mort Klein will NOT have legitimacy as the president of the ZOA, which will have become even more of a tin-pot dictatorship than it already is with employees continuing to be subjected to his bullying tactics and capriciousness.

Mort Klein should agree to debate his opponent publicly before the Convention. It is painfully apparent he is worried that he will demonstrate that he is unfit to lead a national organization of such importance, and that he is incapable of answering difficult questions, particularly about receiving large increases in salary without ZOA board approval at a time when the ZOA’s annual revenues were collapsing.

Further, whoever decided to stack the deck in Mort Klein’s favor by preventing ZOA members from voting from out town should allow an open, inclusive election that will reveal the preference of the majority of ZOA members.

Please contact David Drimer and Michael Goldblatt demanding a level playing field of inclusiveness and that you be allowed to vote either by proxy or remotely. Please cc either Steve Goldberg or Paul Schnee to ensure your e-mail has been counted and received.