Read it below or in the Jewish Voice, here:

The mournful peals that could be heard from Philadelphia this past Sunday, May 9, 2014, did not come from the Liberty Bell. They emanated instead from the Hilton Hotel on City Avenue, where the Zionist Organization held its convention. What could be heard was the death knell of the venerable ZOA, as it reappointed the dyspeptic Morton Klein as its president.

We use the term “reappointed,” rather than “reelected,” because the process by which Klein maintained his title was hardly democratic. The ZOA members across the United States who donated money, time and energy were not allowed to vote unless they traveled to Klein’s hometown of Philadelphia. The delegates who did attend were locals approved by Klein and his friends pursuant to an antiquated and byzantine set of rules that were interpreted in ways designed to ensure that Klein would retain his grip on power.

The convention was sparsely attended, with only 124 voting delegates. Such a meager turnout for a convention that occurs once every four years is an embarrassment to the ZOA, but not as much as the reappointment of Klein, who has presided over the ZOA for the past 20 years and must bear responsibility for its implosion.

Once upon a time, long ago, the ZOA was a proud and influential Zionist organization, perhaps the most important in the United States. Its membership numbered 200,000 under the leadership of United States Supreme Court Justice Louis Brandeis during World War I and almost 250,000 in 1947 when led by the fearless Rabbi Abba Hillel Silver.

Since that time, including during Klein’s 20 year tenure, the ZOA has been in decline. Nevertheless, even as recently as 2005, the Encyclopedia Judaica reports that the ZOA’s membership was 50,000.

Recently, the ZOA has been in free fall. Although the ZOA’s website dishonestly represents that it has more than 30,000 members, the ZOA’s list of members includes fewer than 10,000 names. Of that group, the ZOA has e-mail addresses of only 1100, and approximately 25% of those e-mail addresses are no longer valid. Thus, at most, the ZOA has approximately 800 members. Such a pitifully small constituency is less than the critical mass necessary for an organization to have any relevance.

The ZOA’s financial resources are similarly paltry. Notwithstanding Mort Klein’s braggadocio about his fundraising prowess, an analysis of the Form 990s publicly available reveals that from 2001 through 2012, the donations to the ZOA have averaged less than $2.5 million per year. The ZOA is a dwarf compared to organizations such as the Anti-Defamation League and American Jewish Committee, and has also been greatly outperformed by relative newcomers like Stand With Us and J Street.

Even worse are the revelations that the ZOA’s demise is not the consequence of simple incompetence. The Form 990s that the ZOA belatedly filed, only after losing its status as a 501c3 status for two years, reveal that a grotesquely excessive share of the donations to the ZOA went into the pockets of President Morton Klein. In 2008 alone, Klein received $1,245,851, more than half of the ZOA’s total donations of less than $2.4 million. That was the first year the ZOA failed to file its Form 990 with the IRS, which meant that there was no public disclosure of Klein’s excessive compensation.

As noted in last week’s editorial, the ZOA’s Board of Directors is also complicit in its mismanagement. It is painfully apparent that the Board exercised no governance and oversight over Klein. The Board’s failure to fulfill its fiduciary duties enabled the ZOA’s disintegration. Perhaps one day the Attorney General of New York will investigate and hold the culpable parties responsible.

There was one ray of hope for the ZOA in the candidacy of Steven Goldberg, an attorney in Los Angeles and, as National Vice Chairman of the ZOA, the sole dissident among the ZOA Board, who became a pariah for demanding that Klein be held accountable for his actions. Goldberg mounted an audacious and effective social media campaign against Klein for the presidency of the ZOA, and in the process shined the light on the ZOA’s incompetent management and resulting ineffectiveness.

Goldberg also demanded a democratic election, and when the ZOA Board denied him, he had an independent website provider conduct a straw poll of ZOA members nationwide. Not surprisingly, Goldberg won the poll and aggressively publicized the result.

Klein panicked but he need not have. He and his supporters on the ZOA Board had an iron grip on the machinery for the selection of the next president at the convention, and Goldberg never had a chance.

The ZOA committed suicide this past Sunday, March 9, 2014. The ZOA will go through the motions of an active organization, but Mort Klein’s loss of credibility is irreversible. Now that the truth is out, it is impossible to take him seriously again.

Those of us who want a strong Zionist organization to help defend Israel in its hour of need must look for a new organization. There is no time to waste.

Rest in peace, ZOA. We will missyou, but we must move on. 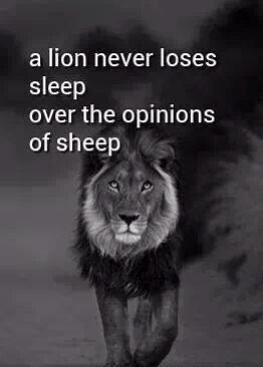 The ZOA’s convention on March 9, 2014 was every bit the sham that “Save the ZOA” predicted.

Mort Klein and his cronies had hand-picked delegates who were known to be personal friends of his. Spouses of friendly delegates were added to increase Mort Klein’s tally even if they were not on the ZOA membership list. The vote of the sham convention was 115-9. Frankly, Steve Goldberg was surprised to get even that many votes.

Steve was repeatedly heckled and interrupted during his speech. Alan Mazurek, the Chair of the Convention, who was supposed to be scrupulously neutral, led a chant of “We Want Mort” after Mort Klein’s speech but before Steve’s. The elderly delegates who supported Mort Klein attempted to join the chant but lacked the stamina to maintain it for more than a few seconds.

During Mort Klein’s second speech, he cried repeatedly. The speech was largely a re-hash of old slanderous charges against Steve. There was one new outrageously false charge. Mort Klein actually said that Steve telephoned him and urged him to commit suicide. Bizarre as it may seem, most of the audience actually seemed to believe it.

“The treatment I received at this convention was equivalent to the treatment Israel receives in the United Nations,” Steve remarked. “When I was speaking, I felt like I was addressing the inpatients in ‘One Flew Over the Cuckoo’s Nest,’ only older.”

Mort Klein, his cronies, and the convention gave no consideration whatsoever to the wishes of the majority of ZOA members across the country, who were disenfranchised because they could not physically be in Philadelphia.

“I’m gratified that I won the votes of the vast majority of ZOA members,” Steve added. “It’s a disgrace that loyal ZOA members who have donated time, energy, and money have been disenfranchised.”

Mort Klein may have been reappointed President by his friends, but he has no legitimacy from the membership, and the ZOA’s credibility is further stained as a result. There is no hope for the ZOA becoming an effective pro-Israel organization again until Mort Klein and his rubber-stamp board have left the scene.

Steve Goldberg looks forward to continuing his pro-Israel advocacy in more effective ways, including as an Israeli citizen.

SAN DIEGO– Steven Goldberg, a Los Angeles attorney who is  national vice chairman of the Zionist Organization of America, claims he has overwhelming support in a straw poll of the ZOA membership to replace Morton A. Klein as the organization’s president.

Conducted over a three-day period, and sent to 1,099 members with an email address on record, ZOA’s national constituency favored him over Klein by a margin of 78% to 22%, according to a release e-mailed to media by Goldberg.

In response to a reporter’s inquiry, Goldberg said the actual number of votes “was 92/26 in my favor. The ballot was sent to all ZOA members who have e-mail addresses (1099). The vast majority are simply no longer active or interested. I sent the ZOA e-mail list to Survey Monkey and they sent it out. The question was simply, ‘Who is your choice for ZOA President?’ They were given two options, Steve Goldberg and Mort Klein.”

Elizabeth Berney, a campaign volunteer from Great Neck, N.Y.,  and spokeswoman for Klein, said the email list in question represented about 4 percent of the ZOA membership and could not be considered representative of members’ actual opinions.  She said an invitation to answer the survey question was included as a link in a campaign letter sent out by Goldberg in which he made many charges against Klein, all of which she described as false.  She said many friends and supporters of Klein, after receiving the survey, decided not to participate because it seemed to them to be unfair.

ZOA’s Klein Getting Challenge From The Right

Morton Klein, who for the last 20 years has been the right-wing voice of the pro-Israel camp in the United States as president of the Zionist Organization of America, is for the first time being challenged for re-election by a board member who claims Klein is not right-wing enough. The election is Sunday in Philadelphia.

Steven Goldberg, ZOA’s national chairman and a Los Angeles attorney, wants to unseat Klein because he believes Klein may one day be willing to give parts of the West Bank to the Palestinians for their own homeland.

“It’s not a territorial issue, it’s a religious issue,” Goldberg said. “It’s antithetical to the fundamental Islamic tenets to have a Jewish state on what is considered to be holy Muslim land. You can’t say that maybe under the right circumstances we’ll compromise and give it [the West Bank] away.”

Read more in the Jewish Week.

For 20 years, Mort Klein has served as National President of the Zionist Organization of America, a right-leaning Israel advocacy group with a venerable history. But on Sunday, Klein will face the first election challenge of his presidency when ZOA members meet to vote on granting him another term as Steven Goldberg challenges him for the position.

The issues at stake do not involve the group’s political direction. Both men stand firmly on the right end of the Zionist political spectrum and are, among other things, deeply suspicious of the current U.S.-brokered Middle East peace process and of the two-state solution for Israel and the Palestinians that is endorsed by Israel and the Jewish establishment.

But the contest has grown into a bitter feud following the group’s short-term loss under Klein of its tax-exempt status for failing to file tax documents with the IRS for three years, as first reported by the Forward.